17 december 2021 News
Adults and children will be able to ride the unique carousel for free at the Christmas Fair, which will be held on Klenovaya Street from December 18 to January 9. Then the attraction will be placed in one of the city's parks.

LLC "Magistral of the Northern Capital", part of VTB Infrastructure Holding, acted as the customer for the manufacture and donor of the "Grand O'Steam Double Deck Carousel 1920" to St. Petersburg, made by St. Petersburg craftsmen according to the plan of the world famous master of attractions Peter Petz from Germany, who is often referred to as the king of the merry-go-round.

Peter Petz conceived this attraction as a development of the theme and spirit of the first steam merry-go-rounds of the 19th century, a time of industrial revolution, romanticism in society and mass production of amusement rides. The materials, the decorations, the construction itself, all aim to create the effect of authenticity and 19th century atmosphere with modern technology and safety requirements.

In the center of the merry-go-round, there is a decoration imitating a steam engine, as it rotates it gives the impression that the movement is carried out by means of it.

The two floors are connected by two staircases which, like the podium and some other parts, are made of specially treated wooden panels coated with yacht varnish.

On the first floor there are six large horses with a hoisting mechanism, nine smaller animal figures for the youngest guests, a carriage, and twelve benches with seating for adults. On the second floor are installed: three figures of animals, a ship and four balloons with rotating gondolas. In total, there are 85 seats on the two floors of the carousel. 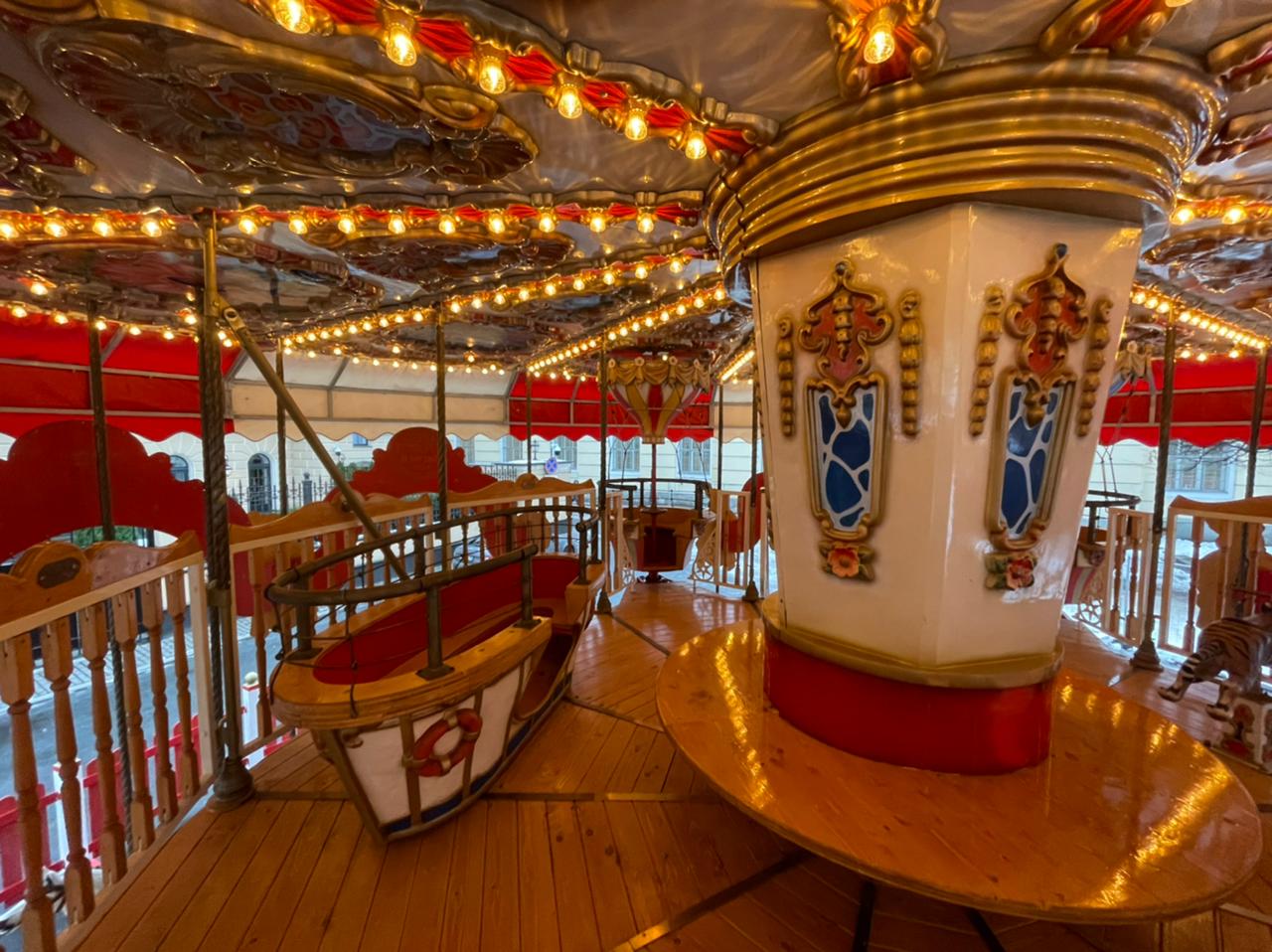 All the decorations and figures are painted by hand. Bas-reliefs and drawings reflect the glorious history of St. Petersburg, views of the city, neighborhoods, the Neva River. The carousel is decorated with illumination, emitting warm light, imitating incandescent lamps, while using modern energy-saving technology.

All the decor elements, images of animals, gondola, carriage, and lights remind of the old traditions of European and Russian fairs, create a New Year's feeling and blend in seamlessly with the festive look of the city. This is the only carousel in St. Petersburg with two floors.

-Our project - the Western High-Speed Diameter - has become not only a significant part of the infrastructure, but also a modern landmark, a symbol of St. Petersburg development! At the same time we have always treated the history of the city with respect and reverence. One of the goals of the WHSD is to save the historical center from the traffic overload. The idea of the author of the roundabout, which combines respect for the past and admiration for progress, is close to us as no one else. We are proud to present this attraction to St. Petersburg and hope that it will bring many happy moments to citizens and guests of St. Petersburg. - commented the general director of the MSS Alexei Nikolaevich Bnatov.

In accordance with the Agreement, the company carried out the functions of financing and construction of the Central Section of the Western High-Speed Diameter Highway. In addition, the Northern Capital Highway LLC operates the entire WHSD highway within the framework of the concession.
The project has received awards from the leading international and Russian economic publications: Project Finance International, Project Finance Magazine, World Finance, Infrastructure Investor, Securities Market. The WHSD has been awarded as the best infrastructure project by the Russian Ministry of Transport, the Development Award of Vnesheconombank, etc. Vnesheconombank, etc. 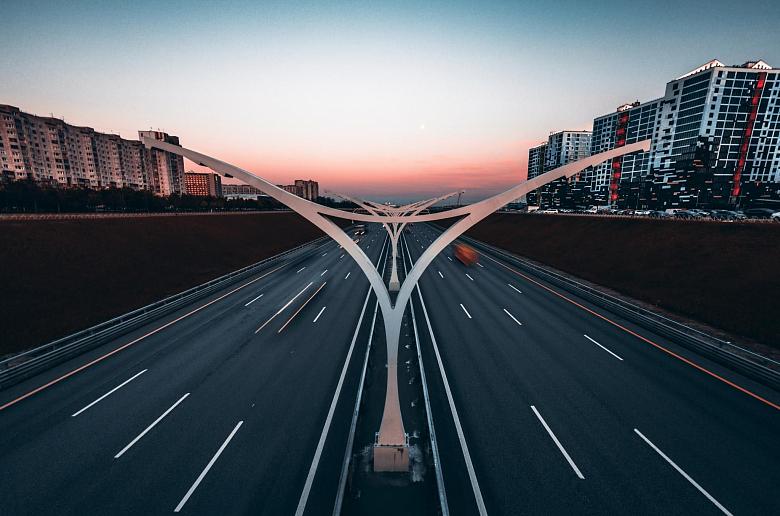